Can A King Capture And Be Captured In Chess? Find Out Here! 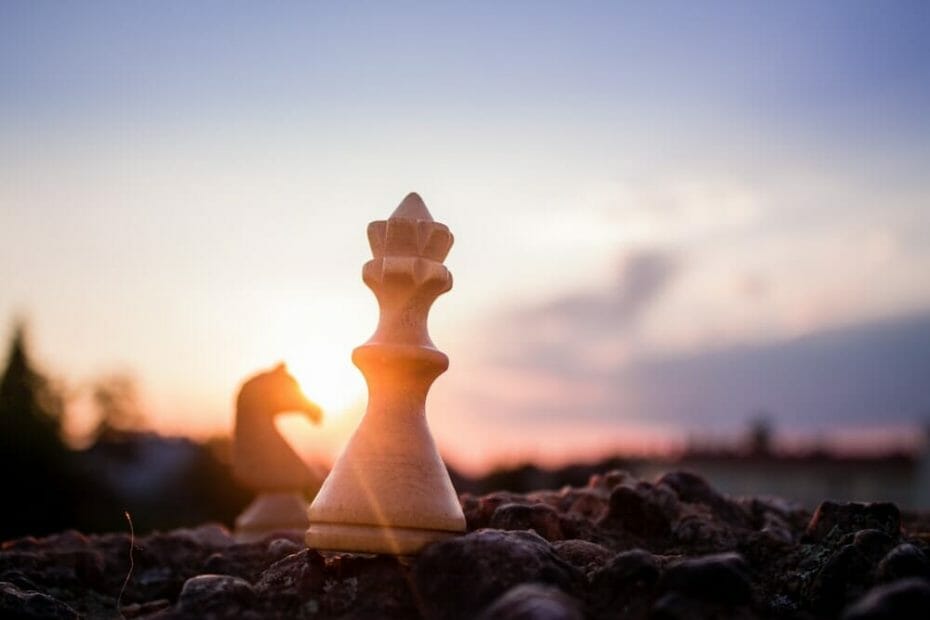 Right off the bat, let’s answer the main questions.

Can a King attack in Chess? Absolutely, but there’s more to that. Certain conditions should be met.

Can an enemy piece capture a King? No, and yes, it depends on the game.

To find out more details about these, keep reading.

All About The King

The King is the most important piece in Chess, but it’s not the most powerful.

The entire game of Chess is about protecting your King and attacking the opponent’s King.

Despite this, the King is not a valuable piece in the standard scoring system for the different types of chess pieces.

The King has a limited movement range.

The rules of Chess allow the King to move one adjacent vacant square per turn in any direction on the chess board. That is the basic move of the King.

We say basic because a King has a special move. It’s called castling, which can be a decisive move in the game.

Castling is the only move in Chess where a player can move two pieces simultaneously – a Rook and the King.

Castling is done to get your King to safety.

There are a few limitations to castling.

Castling is only allowed if the pieces involved – the King and a Rook, have not moved from their original positions and there are no other pieces in between the two.

Also, the King can’t be in check, and the squares involved can’t be under attack by an enemy piece.

There are two types of castling – kingside and queenside.

Castling short or to castle kingside is to move the King to the side that’s closer to the board’s edge.

Can A King Capture While Castling?

No, the King nor the Rook can’t capture while in the process of castling.

Castling is more of a defensive move than an offensive one.

It aims to put the King in a safe square where no threats are present.

Also, castling can only be done if there are no pieces between the Rook and the King.

But if it’s not castling,

Can A King Attack Enemy Pieces?

Attacking in Chess means threatening to capture an enemy piece.

A king is allowed to attack an undefended rook, knight, bishop, pawn, and even the enemy queen.

In fact, all pieces can attack in a chess game.

A King can only attack if the enemy piece is positioned in a neighboring square next to it. It can attack in any direction. Also, the enemy piece should not be protected by another piece.

Can A King Attack The Enemy King?

We mentioned above that Kings can attack other pieces, yet a King is not on the list.

This is because Kings can’t attack each other. Anything that puts a King in danger or a state of “check” is an illegal move.

Since Kings control all the adjacent squares in all directions, placing a King next to the opponent King puts both of them in danger, thus making the move illegal.

Absolutely. A King in check can attack and capture.

Chess rules state that a King or a player in check must do something about the check.

One way to get the King from check is for the King himself to capture his attacker.

This can be done as long as the attacker is within the King’s reach (adjacent square), and the capture would not put the King in another potential attack or put the King in check situation again.

Can A King Capture Enemy Pieces?

When performing a basic move, the King can capture enemy pieces.

But again, anything that puts a King in check or in danger of being trapped is an illegal move, and this condition also applies when capturing.

Can A King Be Captured?

We have two answers for this – a yes and a no.

A King can’t be captured in Chess in a standard chess game.

The objective of Chess is trapping or putting the opponent’s King into check position, not capturing it.

This is for a standard chess game.

The King can be captured in a Bogus chess game if it moves to an endangered square. It can also be captured if it fails to get out of a check.

This is the only situation when you can capture the King.

What Is Bogus Chess?

Bogus Chess is a team sport played by two teams. Each team has two players, one controlling the black pieces and another for the white ones.

The objective of Bogus Chess is to capture the opposing King and is the only exception to the rule that Kings can’t be captured.

If a teammate captures a piece, the captured piece becomes part of your team and can attack any other piece on the board.

This type of game is all about speed.

Quick attacks are more critical than standard chess principles. Sometimes you will sacrifice an unusual piece in order to give your teammate something extra to help him defend or attack.

Can You Get Another King Through Pawn Promotion?

No, you can’t promote a pawn into a King.

Promotion occurs when a pawn reaches the eighth rank or the farthest square on the board.

Once that happens, you can promote the pawn into an additional Queen, Rook, Bishop, or Knight, but not a King.

The rules of Chess are simple enough that anyone can learn them, but it takes more than that to master the game.

We hope this article helped you understand the King in Chess more so you can use and defend it better.