Can A Pawn Take A King? Pawn VS King In Chess – Read Here! 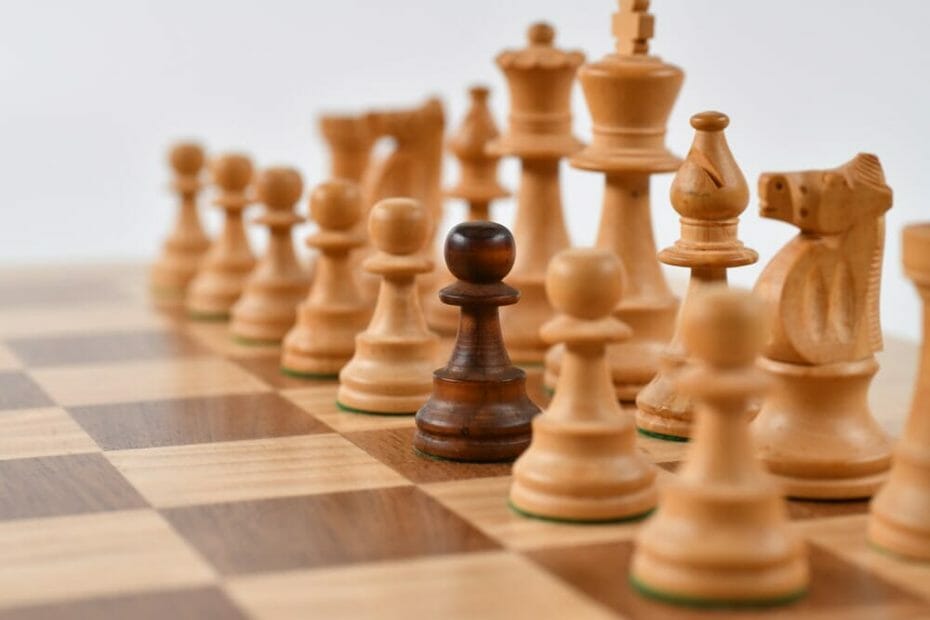 Can A Pawn Take A King?

Let’s answer the main question right off the bat – No, a pawn can’t take a King.

But that’s not because the pawns are the weakest pieces in Chess. That’s not the restrictions prohibiting them from taking the King.

There’s more to it, and we’ll discuss them in this article.

Before going into details about the main question, we should first learn about the abilities of a pawn.

Can A Pawn Attack Enemy Pieces?

Can A Pawn Attack Or Check A King?

Absolutely. A pawn can attack a King if the opportunity arises.

However, the pawn should be supported or protected by its ally pieces for the attack to be effective. If not, the King can take the pawn.

Can A Pawn Capture Or Take Enemy Pieces?

In fact, every chess piece can capture in Chess, even the King.

Although, the King has some restrictions when it comes to capturing other pieces.

Anything that puts a King in danger or a state of “check” is an illegal move, so it can’t capture if the move can endanger the King.

How Does A Pawn Capture Enemy Pieces?

Pawns don’t capture in the same way that the pawn moves.

A pawn’s basic movement is forward one unoccupied square at a time and an option to move two squares for its first move from its starting position to its original square.

The direction of the pawn’s movement changes when capturing an enemy piece.

Can A Pawn Take A King?

The information above leads us back to the main question – Can a pawn take a King?

The answer is no. A pawn can’t take or capture a King.

We know that pawns can capture other chess pieces; why can’t it capture a King?

The right question for this is:

Can Kings Be Taken Or Captured?

The chess rules state that Kings can’t be captured – by pawns or any other piece.

The objective of a standard chess game is trapping or putting the opponent King into a check position, not capturing it.

The game of Chess ends before the King can be captured or taken.

But, there’s an exception to this rule, the Bogus Chess.

What Is Bogus Chess?

Bogus Chess is a version of Chess where the goal is to capture the opposing King.

It is the only exception to the rule that Kings can’t be captured.

If a teammate captures an enemy piece, the captured piece becomes part of your team.

Can A Pawn Checkmate King?

All chess pieces can checkmate a King, even the pawn.

Pawns can put a King into check in two ways.

One is blocking any available squares for the King. And the other one is to deliver the final checkmate to the opponent’s King.

Pawn Vs King Endgame: Can You Win When You Only Have A Pawn?

Fortunately, yes. You can win even when you only have a pawn and no other pieces.

But not easily. You can’t attack a King with an individual pawn.

Direct pawn check to the King is dangerous because the King can take your pawn, and you’ll lose.

Instead, you have to get your pawn promoted to another piece.

What Is Pawn Promotion?

Pawn Promotion is one of the special moves for pawns where a player can get additional pieces in replacement of a pawn.

A player can get Queen, Rook, Knight, or Bishop by pawn promotion.

How To Promote A Pawn?

Pawn Promotion occurs when a pawn gets to the 8th rank on the chess board. The 8th rank refers to the farthest square on the board.

Once the pawn reaches the 8th rank, the player is given a choice to promote the pawn into another chess piece.

The pawn can be promoted or exchanged with similarly coloured pieces.

There are different types of pawn promotion; Queen Promotion and Underpromotion.

What Is Queen Promotion?

Queen promotion or “queening the pawn” is, as the name suggests, exchanging the pawn for a Queen.

The Queen has the broadest range of movement in all of the chess pieces, so they’re the number 1 option to pawn promotion.

But, sometimes, the chess scenario or the player’s chess strategy calls for other pieces, which is when the next type of promotion comes in – the Underpromotion.

When you choose promotion to Knight, Rook, or Bishop over the option of promotion to Queen, it’s called an Underpromotion.

Queen is the most versatile piece in terms of movements, making it the most powerful piece in Chess, and a pawn can get promoted to that.

Promoting a pawn into any piece other than a Queen it’s called an underpromotion because it could’ve been promoted to a more valuable piece.

How Many Pawns Can You Promote In One Chess Game?

That would give you 9 Queens, or 10 Rooks, Bishops, or Knights in a perfect chess world.

Can A Pawn Be Promoted Into A King?

No, players aren’t allowed to promote a pawn into a King through pawn promotion.

Because of its low value, there is an incorrect belief about chess pawns that they can’t go against a King.

Even the weakest foot soldier in Chess can take the King, the soul of Chess itself, with the right knowledge and chess moves.

So, study up and make the best chess play possible.

But above all, don’t forget to enjoy the game.