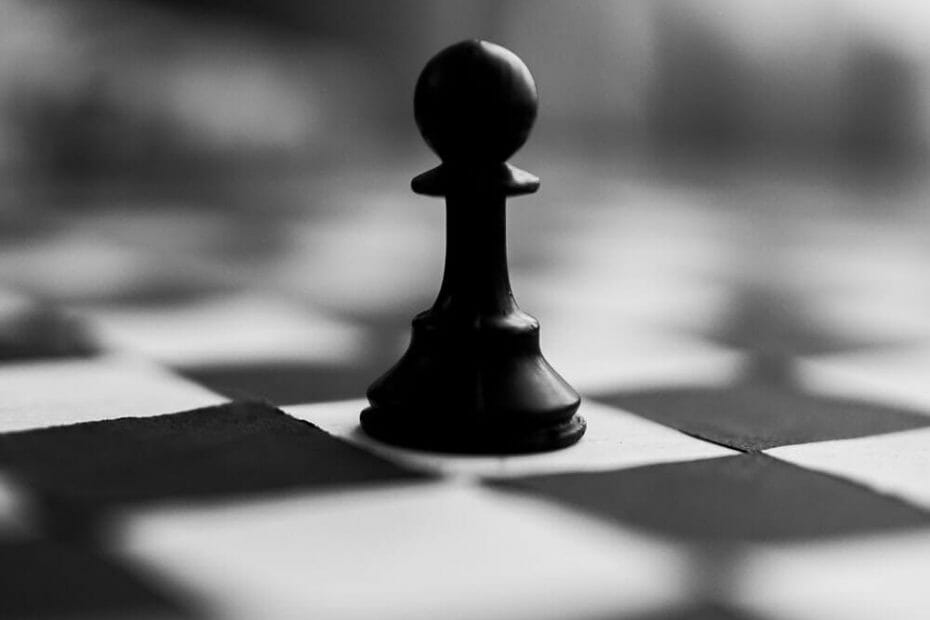 Everything You Need To Know About Pawns

Pawns may be the least in terms of value and power in the game of chess, but a great strategy can make them into the most powerful piece you have in the endgame phase.

To strategize, we need to understand our pawn.

But if this is the rule, then what is a backward pawn? Is there a special rule that can let a pawn move backwards?

Let’s first learn about the pawn before we get to that.

The placement and movement of pawns in chess are critical to winning games. Pawns are the weakest pieces on the board, but they can also be the most useful and valuable pieces.

They must be placed correctly to attack or defend, and they must move quickly to keep up with the pace of the game.

Pawns are the smallest pieces on a chess board. There are eight pawns in chess sets for each chess player.

They are also grouped between Kingside and Queenside. The Kingside and the Queenside refer to the vertical division of the chessboard.

Kingside is always found on the right and Queenside on the left.

So, the four pawns on the left-most file to the centre of your board are the Queenside pieces, and the remaining four on the right are the Kingside pieces.

But there’s an exception to that. A pawn has a 2-move option where it moves two squares directly forward only on the first move as long as the two squares are vacant.

That is how the pawn moves generally, but there are special moves that involve pawns.

En passant is the only capture move in the chess game where the capturing piece doesn’t replace the captured piece on its destination square.

The En passant is a special pawn capture move that you can only make immediately after a horizontally adjacent opponent pawn moves a two-square advance.

The capturing pawn moves to the unoccupied square the advancing enemy pawn passed over.

It’s a move that can make even chess beginners seem like a master if you realize the opportunity.

Promotion occurs when a pawn reaches its final destination square (the eighth rank or the farthest square on the board) and captures an opposing piece.

Once that happens, the pawn is promoted, and the player is given a choice of promotion.

Promotion means the pawn can become a more powerful piece of the same colour. You can choose to get an additional Queen, Rook, Bishop, or Knight.

So, What Is A Backward Pawn?

A backward pawn is not a pawn that moves backwards. As we discussed above, pawns don’t move that way. In fact, the term backward pawn does not refer to moves in chess.

A backward pawn is a lone pawn that is positioned behind all the other pawns of the same colour.

A backward pawn is a pawn you can’t safely advance on the chessboard and can’t be defended by another pawn.

A backward pawn can be a structural weakness or fatal weakness, but if played correctly, it can give you some advantage. It can be a sacrifice to get control of other squares or a trap that can get your opponent.

If you promote your pawn into any other type of chessman, then you can make it move backwards.

It’s technically another piece, but it’s also a promoted pawn.

As mentioned above, you can promote a pawn once it reaches the eighth or furthest rank on the board.

That’s the only way you can make a pawn move backwards.

What Chess Pieces Can Move Backwards?

All types of chess pieces can move backwards, except for the pawns.

Can You Castle After Moving Pawns?

Yes, you can castle after moving your pawns. Castling is possible as long as the two main pieces, the King and a Rook, are in their original or initial starting positions and have not been moved.

Pawns are not involved in the actual castling.

Can A Pawn Capture On Its First Move?

Yes, a pawn can attack and capture enemy pieces on its very first move if the situation permits it.

Can A Pawn Checkmate King?

Any chessman can checkmate a King. So, yes, even the pawn, which is considered the weakest piece, can take down the King, which is the soul of chess.

Pawns can checkmate or even kill a King in chess in two ways.

One is blocking any available squares for the King. And the other one is to deliver the final checkmate to the opponent’s King.

Can A Pawn Be Promoted Into A King?

No, you can’t promote a pawn into a King even with the pawn promotion rule.

Once a pawn reaches the eighth rank or the furthest rank on the board, it can be promoted to a Bishop, Knight, Rook, or Queen of the same colour but not a King. The majority of players choose to get an extra Queen.

Even if a pawn can’t move backwards, it still has a lot to offer in your game as long as you understand how to use it (which we hope we helped with!)