Can A King Kill A King? Chess Rules For Kings – Read Here! 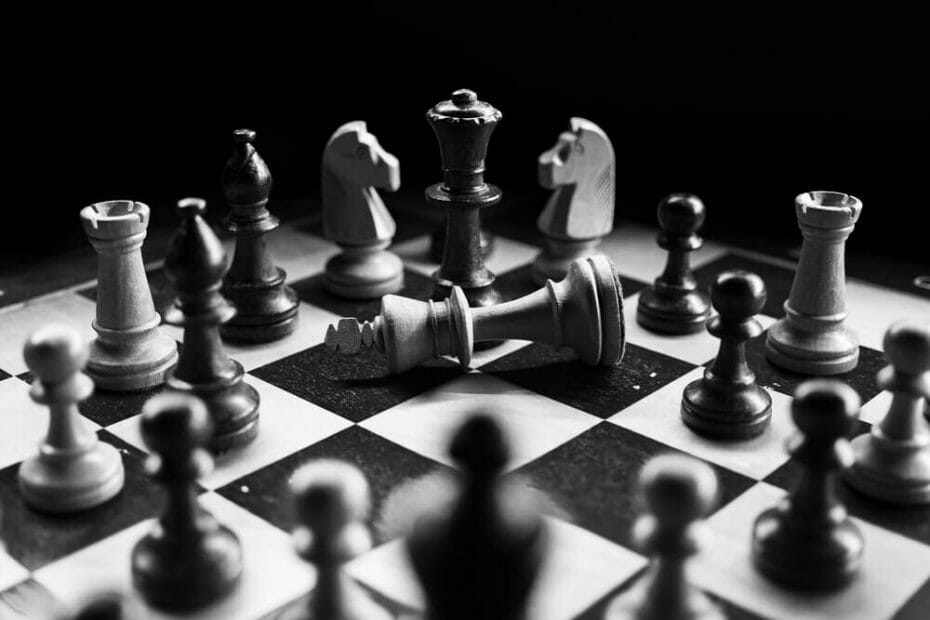 Can A King Kill And Get Killed In Chess?

Kings are the most valuable pieces on a chessboard. No other piece in chess sets can substitute it.

As they say, with great power comes great responsibility.

For the King, his great value in the game comes with restrictions.

One example of that is the rule that prohibits the King from being next to another King.

The King has a limited movement range; it can only move one adjacent vacant square per turn in any direction on the chess board.

But, the King has a special move. It’s called Castling.

Castling is the only move in Chess where a player can move two pieces simultaneously – a Rook and the King.

Castling is done to get your King to a safe square and can be a decisive move in the game.

Castling short or to castle kingside is moving the King to the side closer to the board’s edge.

And that last rule brings us back to the question:

Can A King Kill A King?

Right off the bat, the answer is no, and for several reasons.

First, in a standard game, a King cannot be killed in Chess.

The ultimate goal of Chess is trapping or putting the opponent King into check position, not capturing or killing it. The game of Chess ends before a King can be captured.

The second reason is, Kings can’t attack each other. A King vs King is illegal.

Kings control all the adjacent squares in all directions. So, placing Kings next to each other puts both the attacking piece and the King that’s being attacked in an instant checkmate.

And as mentioned above, any move that endangers a King is illegal.

But, for other chess pieces,

Can A King Attack Enemy Pieces?

A king is allowed to attack a rook, knight, bishop, pawn, and even the enemy queen.

In fact, all pieces can attack in a chess game except for the King as long as that piece is undefended.

Can A King Capture Enemy Pieces?

Yes, a king can capture the opponent pieces as long as the King is not in the process of Castling and the move doesn’t endanger the King.

Can A King Be Captured?

We have two answers for this – a yes and a no.

A King can’t be captured in Chess in a standard chess game.

The objective of Chess is trapping or putting the opponent King into check position, not capturing it.

This is for a standard chess game.

The King can be captured in a Bogus chess game if it moves to an endangered square. It can also be captured if it fails to get out of a check.

Bogus Chess is a team sport played by two teams. Each team has two players, one controlling the black pieces and another for the white ones.

If a teammate captures a piece, the captured piece becomes yours to use in the game.

The objective of Bogus Chess is to capture the opposing King.

This is the only situation when you can capture the King.

Can You Checkmate The Enemy King With A King?

Yes, it is possible to checkmate with a king, but only indirectly.

This is only possible with the support and protection of other pieces because a king can’t get near another king alone; else, they’ll both be in a checkmate which is illegal.

In fact, checkmating an opponent King by Castling has been done before. This chess scenario is rare even for a chess pro, but it’s possible.

Absolutely. A King in checkmate can attack and capture.

Chess rules state that a King or a player in check must do something about the check.

One way to get the King from check is for the King himself to capture his attacker.

This can be done as long as the attacker is within the King’s reach (adjacent square), and the capture would not put the King in another potential attack or put the King in check situation again.

Can You Get Another King Through Pawn Promotion?

No, you can’t promote a pawn into a King even with the pawn promotion rule.

Once a pawn reaches the eighth rank or the furthest rank on the board, it can be promoted to a Bishop, Knight, Rook, or Queen of the same colour but not a King.

What Happens If You Make An Illegal Move In Chess?

Any move that violates the standard rules of Chess is considered an illegal move.

The game of Chess is a game of rules, so breaking the rules can make you lose the game.

For the first offence, your opponent will be allotted two minutes extra time.

For the second offence, you will lose the game.

Every chess strategy starts from understanding the basic chess rules, and we hope we have helped you with that.